Remembering Lynn; reflecting on one of my life's biggest regrets. 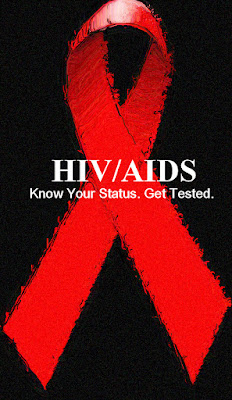 ". . . unbearably warm is what it was." One of those uncomfortable, Alabama summer mornings—the ones where sweat pours down your back while standing in the shade—the very first day, of many weeks, of that way too early PhysEd class for new Tuskegee University students. As I scoped out the crowd with my sidekick Chris P., my eyes landed on this attractive, dark-skinned sister with a short haircut wearing this sweat-suit with a scarf tied around her neck—which dressed it up a little. There was something about her: When you looked at her, your mind would go, Mmmm. When you spoke to her, you would think, okay, intelligent and classy. And when you got to know the real Lynn Chamberlain, you knew the girl was going places. She's going to make it big one day, I always told myself; but I also knew there was a hidden agenda, and we teased her about it: She was looking for a husband.

Fastforward several months. In the middle of the year, Chris had moved back to New York; and at the end of the school year, I had transferred out too; the three of us going our separate ways, losing contact.


Eight years later, my degree on the wall, I was living (well, more like happily struggling) in Atlanta, Georgia. On one particular night, I was flipping through the TV channels as I did little odds and ends around the apartment, and stumbled across the Essence Awards; Halle Berry and Sinbad were hosting. Not too soon afterwards, I heard a familiar name that matched a familiar face, “What?!!" I yelled out, smiling. "Well I be damn! I knew that girl was going places!” And dropped everything to hear what good things Lynn and her mother (Marilyn) had done to land them on the awards show. But what followed wasn't anywhere close to what I had in mind; as a matter of fact, it tore me the hell up instead. I’ll never forget it. The whole experience forever engrained in my memory as her mother, in this strong yet pain stricken voice, emphatically told the Essence audience, “I wanted to kill him.” Chills flooded my chest as my heart dropped; dropped  straight down to the pit of my stomach. “What?” I kept questioning; like the TV was going to answer me back. “Lynn? Pretty ass Lynn from Tuskegee? . . . HIV positive?"


I sat down on the arm of the sofa and just shook my head; my mind going back to those eighteen and nineteen year old Tuskegee kids who we were smiling, laughing and mapping out our lives—the last time we spoke, in the parlor of Tantum Hall, she wanted to pledge Delta Sigma Theta, and I was going to pledge Alpha Phi Alpha.

In complete and utter disbelief (mumbling "damn" over and over as I stared at the TV) I didn’t move until well after her mother’s tribute played out about her HIV/AIDS work and establishing Marilyn’s Manor, a house for HIV positive women on Lynn's behalf—I could see why Lynn admired this lady so much. And with the tribute mainly focused on her mother's philanthropy/social work, I really wanted to find out more about Lynn’s situation; how she was doing and coping.

In the days that followed, I did my research and uncovered a journey I wouldn't have wished on my worst enemy, and felt the need to reach out (I'm sure others felt the same way as well). But how do you reach out to someone that you hadn’t spoken to in almost a decade? (Fear can be a terrible thing, you know.) And a day didn’t go by that I didn’t think about the situation, and reaching out to her. But with each day I procrastinated, the need to reach out grew fainter, and fainter, until the days turned into weeks, and weeks into months—my window of opportunity (in my opinion) closed. But knowing what I know now—the rough and incredible journey that she went through—not reaching out (however uncomfortable or uncertain the conversation would have been if I did) has become one of my biggest regrets.


Although many of the articles about Lynn (and her mother) appear to be gone, there are still some out there; here is one from the LA Times, "The Changing Face of AIDS: 'I Sat At Home For The Next Three Years Waiting to Die': Lynn Chamberlain, 25, Los Angeles", and one from Hello Beautiful, "Living With and Dying from HIV/AIDS (Chronic Diseases Series, Part 1)" published posthumously.


I’m just glad, in the end, Lynn found that person to share her journey with; finding the husband we always jokingly said she went to Tuskegee to find.

Part of the Project H.U.S.H initiative. To find out more, visit www.richardleonbyrd.com/Project HUSH